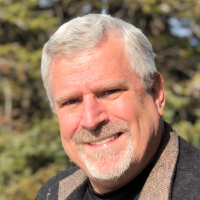 Terry currently serves as Coordinator of the Global CHE Network and Vice President of the Alliance for Transformational Ministry. He provides leadership to a growing movement, equipping and mobilizing Christians to work together for effective Community Health Evangelism (CHE) ministries in rural poor communities and urban slums around the world.

After a decade of service in the Philippines as a church planter, Terry pioneered for Medical Ambassadors International in 9 countries in Southeast Asia, working together with partners to establish CHE ministries in more than 400 communities. Later as International Coordinator he guided MAI’s work globally.

Terry is a capable teacher, author, and enthusiastic speaker on the subjects of Biblical wholism and transformational development. He holds a Bachelor’s degree in Bible, and a Master of Divinity from Western Seminary in Portland Oregon. Terry is married to Jeannie who serves in the GCN office and as a nurse at Mayo Clinic in Phoenix, Arizona. They have three adult children. 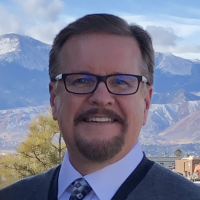 Keith Holloway is the senior director of Missions Development at World Challenge, Inc. and has served in multiple leadership positions over the last 24 years. As a young man, he was encouraged into ministry by David Wilkerson, and in 2007, he and his wife, Maureen, began working with Community Health Evangelism (CHE) to revolutionize World Challenge’s approach to missions.

Today, Keith and Maureen travel the world, meeting with local church pastors and organizational leaders to encourage them toward a transformative worldview. 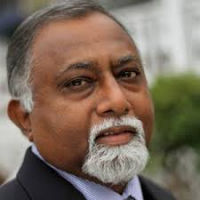 Dr. Jayakaran joined Medical Ambassadors International in June 2017 as the President/CEO.He is also  the Catalyst for Integral Mission for the Lausanne Movement.

Ravi has worked in senior management positions in the corporate sector, International NGOs- including World Vision International, the Asian Development Bank and the UNDP. He has lived and worked long term in India, Cambodia, China and the US and provided technical support in more than 23 countries.

Dr Ravi and his wife Vimla came to know the Lord Jesus Christ as their personal savior while they were in University. Besides their engagement with Integral mission, they are actively involved with their local Church, Small group and Christian Counselling.Ravi and Vimla recently celebrated their 41st wedding anniversary. They have 2 sons -Amit and Rohit-who are married and have their own families and live in California and Dubai respectively.Ravi and Vimla live in Ripon,CA. 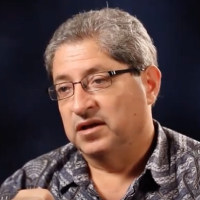 Ricardo serves as the Executive Director of ConEL, part of the Latin World Evangelical Alliance.  He labors on behalf of God’s dream of unity that is highly relational, collaborative, and missional. ConEL serves greater than 500,000 Latin churches with strategic next generation, transformational initiatives that encourage the local church in global mission.

Ricardo has had a varied experience as a leader throughout his lifetime. He served the persecuted church as Latin American Director of Open Doors with Brother Andrew for 23 years (1981-2004) in areas of war and conflict, primarily in Latin America, as well as globally. He has also served as the Latin World Director/Global Partnerships director for OneHope International (2005-2016). His focus was on recruiting, training and leading a next generation team to reach almost 200 million children and youth with the values and lifestyle of Jesus, through programs implemented primarily in schools in 21 countries, in a period of 10 years. He currently serves as Latin World Catalyst for Transform World (2010 to present) and served with 4/14 Movements (2010-2018). He has been instrumental in connecting the Latin World to the vision spiritual, social, and generational transformation in all the spheres of cultural influence.

Ricardo brings a wealth of experience as a pastor-teacher, administrator and servant leader.   He holds a Bachelor’s degree in Religion with a minor in International Relations and a Master’s Degree in Business Administration from CESTE: International Business School Zaragoza, Spain. Ricardo is residing in Florida and married to his lifelong sweetheart, Fannie. 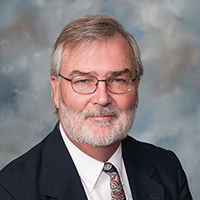 Dr. Jeff McNair is a Professor of Special Education at California Baptist University.

He has been a university professor for over 30 years. He is also the Director of Church Engagement for the Joni and Friends’ Christian Institute on Disability. Jeff has published numerous articles, several books, and curricula for adult disability ministry. He has spoken to and interacted with ministries around the world on issues of community/social integration through churches and disability ministry/theology.  He hosts a popular weblog called disabled Christianity. At CBU he directs the Moderate to Severe disability teacher training program. Jeff and his wife Kathi have been personally involved in ministry to adults with intellectual disabilities at local churches for over 40 years.  He currently leads the Light and Power Company, a ministry that includes adults with disabilities at Trinity Church in Redlands, California, USA. 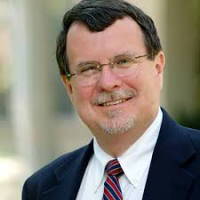 Bryant Myers joined the faculty of Fuller as professor of transformational development in 2006. A lifelong activist dedicated to Christian relief and development work around the world, Myers brings over 30 years’ experience with World Vision International (WVI) to the Fuller community. He served primarily in senior management roles for WVI, most recently as vice president for development and food resources.

A published author on poverty and transformational development, humanitarian aid, and world mission, Myers’s most recent works include Health, Healing, and Shalom: Frontiers and Challenges for Christian Healthcare Missions (coedited), Walking with the Poor: Principles and Practice of Transformational Development, Working with the Poor: Insights and Learnings from Development Practitioners, and Exploring World Mission: Context and Challenges. He has also published numerous journal articles and fulfilled speaking engagements in numerous locations around the world. 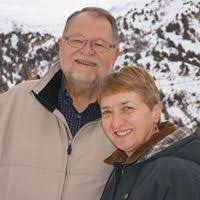 Gil Odendaal, Ph.D, D.Min, most recently served as Vice President of Integral Mission at World Relief (www.worldrelief.org.) From directing global initiatives for Saddleback Church to building innovative programs for other reputable global ministries, Gil has dedicated more than 30 years to empowering the church around the world to seamlessly integrate word and deed ministries that transform communities, especially through health-related initiatives.

He currently spends his time as a consultant innovating ways to empower the church to serve the most vulnerable in both the Global South and North. Whether that church consists of 2 Christ-followers gathering in a basement in a restricted access country or a church of 20,000 in an open Christian country – the goal is the same – to serve them so that that their gospel proclamation has social consequences as they call people to love and repentance in all areas of life. And their social involvement has evangelistic consequences as they bear witness to the transforming grace of Jesus Christ. Prior to his work at World Relief, Gil served as Global Director for PEACE Implementation with Saddleback Church in Lake Forest, California and as Global Director for the HIV/AIDS Initiative under Kay Warren assisting and facilitating the deployment of more than 10,000 short term missionaries. For the past 15 years he has progressively immersed himself in community development and the church’s call to integral mission focusing on the least, the lost and the last, especially those working and living in difficult places where persecution for following Christ is par for the course. Convergence of those demographics’ centers on unengaged people groups. He regularly speaks and lectures on this topic in the USA and in global settings.

Deeply committed to unleash the untapped human resources latent in the church worldwide and to see health equity become a reality in the southern countries, Gil is committed to mobilize the global church to serve the most vulnerable effectively, spiritually and physically. He has developed innovative programs, projects and campaigns that empower the local church globally towards integral mission.

Gil and his wife, Elmarie, were born and raised in South Africa. They have been married for 38 years. They have three adult children and four grandchildren. 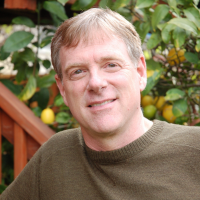 Dr. Bruce Wydick, Professor of Economics at the University of San Francisco and Director of Westmont College in San Francisco.

Dr. Bruce Wydick is Professor of Economics at the University of San Francisco and the director of Westmont College in San Francisco.  His research uses of econometric, experimental, and game-theoretic tools to analyze the effectiveness of poverty and development programs.  Professor Wydick’s recent work examines the impacts of microfinance, child sponsorship, and in-kind donation of children’s shoes, wheelchairs for the disabled, and cleft-palate surgeries. Other recent work studies the role of hope and aspirations in escaping poverty traps.

Professor Wydick is a regular writer on poverty and development issues for Christianity Today. His most recent book, Shrewd Samaritan: Faith, Economics, and the Road to Loving our Global Neighbor, tries to bring together the most recent research in development economics to help people of faith into meaningful and effective engagement with global and domestic poverty.

Professor Wydick holds research affiliations with the Kellogg Institute of International Studies at the University of Notre Dame and the Center for Effective Global Action (CEGA) at the University of California at Berkeley. He is the founder and co-director of Mayan Partners, a small non-profit organization working in the western highlands of Guatemala in the areas of education and community development.

This site uses cookies. By continuing to browse the site, you are agreeing to our use of cookies.

We may request cookies to be set on your device. We use cookies to let us know when you visit our websites, how you interact with us, to enrich your user experience, and to customize your relationship with our website.

Click on the different category headings to find out more. You can also change some of your preferences. Note that blocking some types of cookies may impact your experience on our websites and the services we are able to offer.

These cookies are strictly necessary to provide you with services available through our website and to use some of its features.

Because these cookies are strictly necessary to deliver the website, refuseing them will have impact how our site functions. You always can block or delete cookies by changing your browser settings and force blocking all cookies on this website. But this will always prompt you to accept/refuse cookies when revisiting our site.

We fully respect if you want to refuse cookies but to avoid asking you again and again kindly allow us to store a cookie for that. You are free to opt out any time or opt in for other cookies to get a better experience. If you refuse cookies we will remove all set cookies in our domain.

We provide you with a list of stored cookies on your computer in our domain so you can check what we stored. Due to security reasons we are not able to show or modify cookies from other domains. You can check these in your browser security settings.

We also use different external services like Google Webfonts, Google Maps, and external Video providers. Since these providers may collect personal data like your IP address we allow you to block them here. Please be aware that this might heavily reduce the functionality and appearance of our site. Changes will take effect once you reload the page.